Definitely not for me! I'm still in a good mood after the wonderful weekend we spent in London, UK.

We took the Eurostar early on Saturday morning, that way arriving in London around 10 a.m. Which left us a whole day to spend. We had a small hotel on the Southbank - well, actually it was a pub which had rooms above. Very neat and tidy, and the food was alright too. Both my sister and I love to take walks along the Thames banks, especially the Southbank. 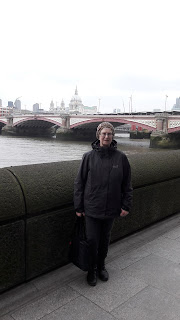 Hard to imagine that it used to be the red light district of the old London. Nothing but whorehouses, pubs, thieves and beggars there. Not it's one new building next to the other and lots of attractions, such as the London Eye, the Shard, etc. Shops and good restaurants abound. We lunched at the Oxo Tower on Saturday. The brasserie on top of this building belongs the the Harvey Nichols group and we had a wonderful lunch, at a very reasonable price. We took lamb rump and for dessert cheese cake. To drink red wine and mineral water. 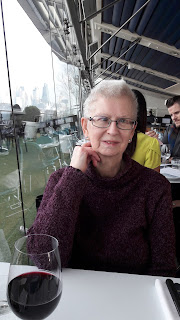 And in the evening we walked to the Royal Festival Hall to see Ramin Karimloo's concert. As always, it was more than worth the money spent on tickets. Ramin's voice gets better with age (he's now 39) and he also brought some new songs to the set.

Yesterday then we had to return home - my sister is still working and needed to be at work this morning.
Posted by Nickie Fleming at 2:26 AM