We welcome another author today. Please meet Yvonne Walus! Yvonne is doing a virtual blurb blitz tour for her book Serial Wives, a crime story available as of March 20th from Stairway Press. This tour will run from April 2 - April 27.

Yvonne will be awarding a $20 Amazon or Barnes & Noble GC to a randomly drawn winner via rafflecopter during the tour. Please use the following link to place this comment:
http://www.rafflecopter.com/rafl/display/28e4345f2635

Why would a rich girl become a prostitute? Three years ago Joy refused to sleep with an ex boyfriend. When he committed suicide, her guilt was enormous. To punish herself she opted to serve as a prostitute for three years. How far would you go to protect your child? Cora loves her convict husband despite - or because of - his bad boy ways. But now that he's back in her life, she has their daughter to consider. Is a faulty father better than no father at all?  A serial killer… A serial killer who murders women and displays their bodies dressed in a white sheet with a fencing mask covering the face. Who will be next? 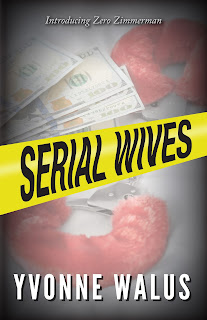 The crayon moved down the page. Red, livid, ready. Spread on the table, splayed like a sacrifice, was the Classifieds section of the New Zealand Herald. He could’ve found the information faster online, but the risk of leaving an electronic trail made him turn to the old fashioned, the tactile, the untraceable.

The scent of fake wax from the crayon mingled with the fresh ink of the newspaper. He paged to the adverts in the Adult Entertainment column.

He raised his eyebrows, continued his search. Suddenly, the red crayon halted.

Unconventional. Not into rules. Yes, this one had potential. The crayon swooped, trailed a jagged red oval around the ad.

“Honey? Are you coming to bed?”

The voice wafted down the stairwell. He closed the newspaper, careful to line up its edges and smooth out its spine.

He read the advert again. His blood raced. The addiction simmered inside him. Excited. Expectant.


You won't believe this, but when I'm not a novelist I'm actually a Doctor of Mathematics. A business and data analyst. A wife and a mother. Most of all though - I am a writer (in several languages) hoping to change the world one book at a time.
My heritage is inter-continental. I was born and raised in Poland. When I was twelve, my family and I emigrated to South Africa. Your teenage years are usually your formative years, so it’s no surprise I consider South Africa my second homeland. For the past twenty years, I’ve lived in New Zealand, and people ‘back home’ tell me I’ve become a real Kiwi.
Crime fiction is my passion. My childhood hero was, predictably, Hercule Poirot. I've changed my mind several times since, and for a time I was totally into Harlan Coben's super-rich super-able Win (Windsor Horne Lockwood), but my current favourite is Benedict Timothy Carlton Cumberbatch… I mean, Sherlock Holmes. 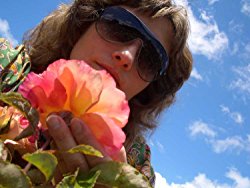